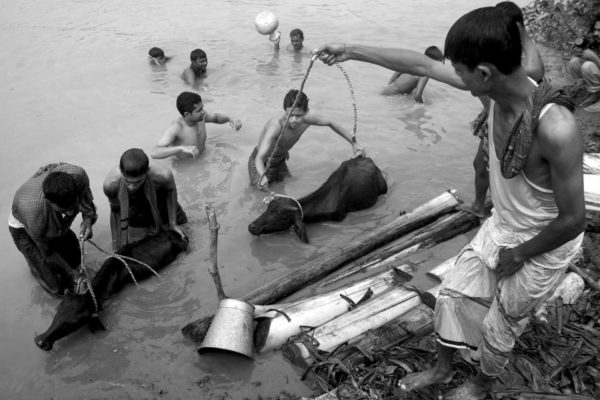 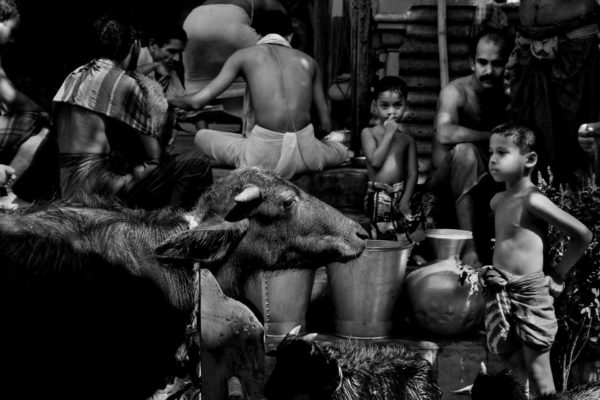 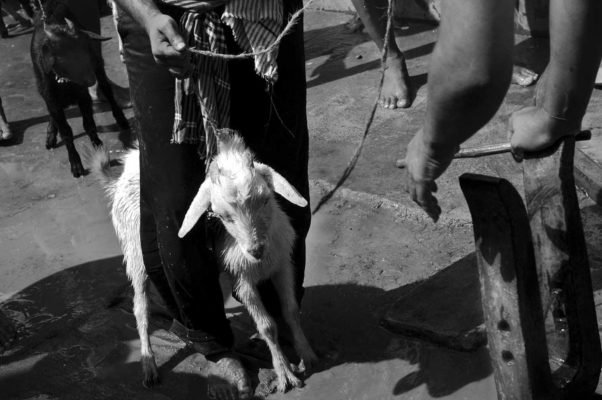 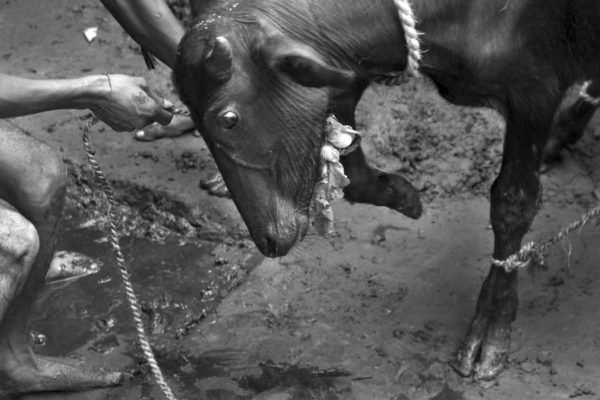 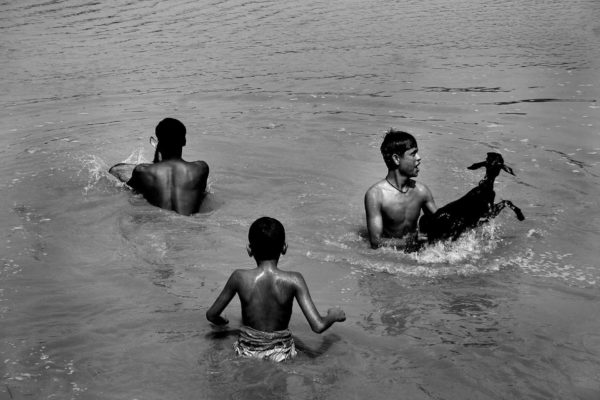 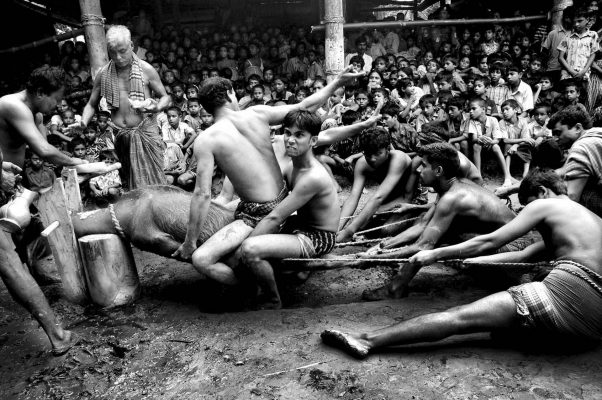 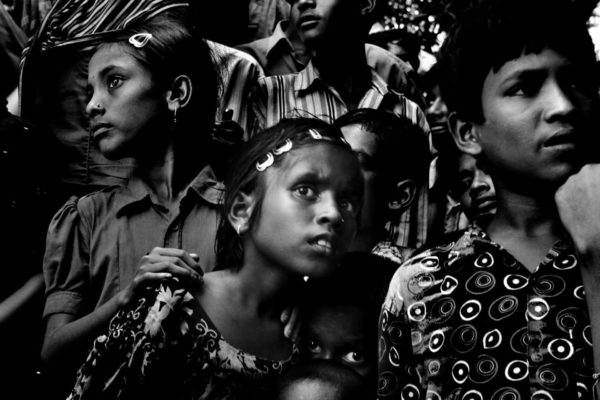 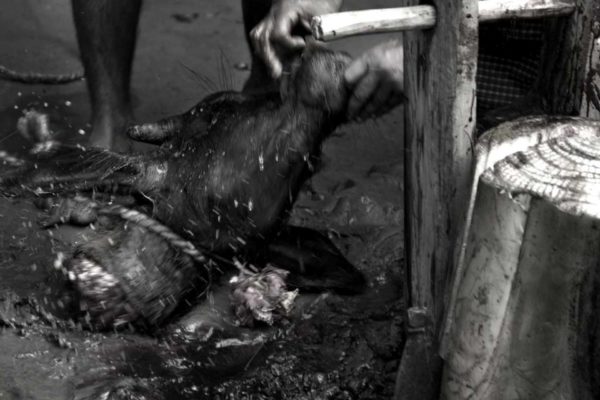 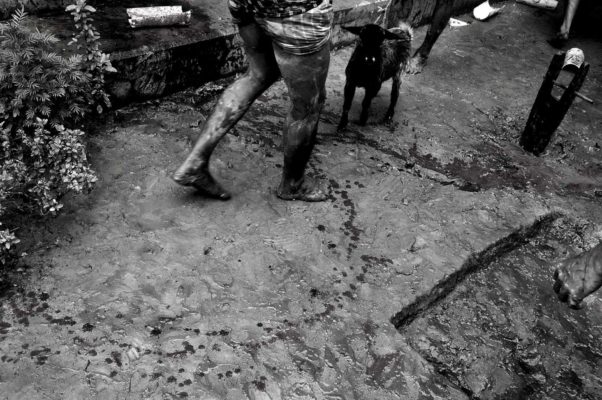 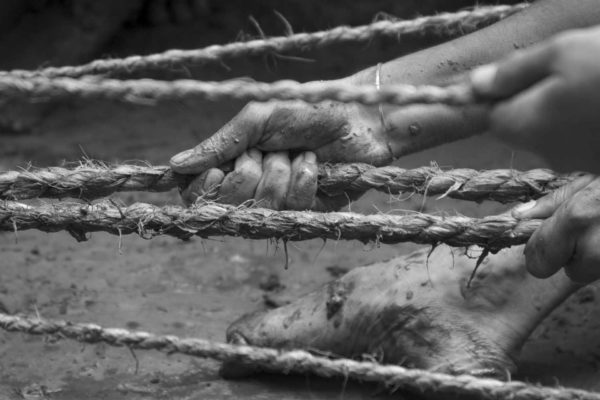 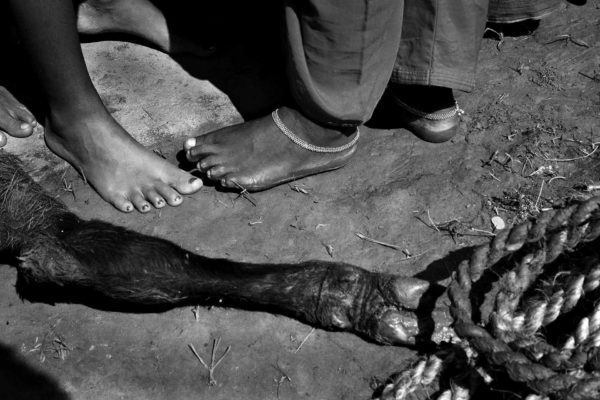 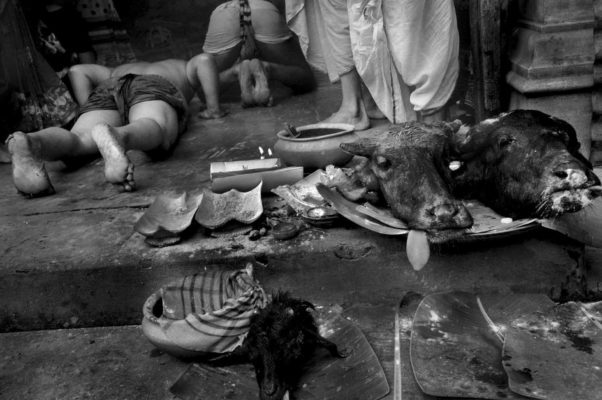 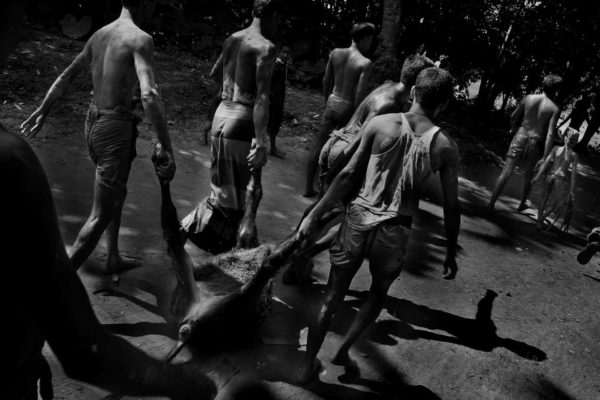 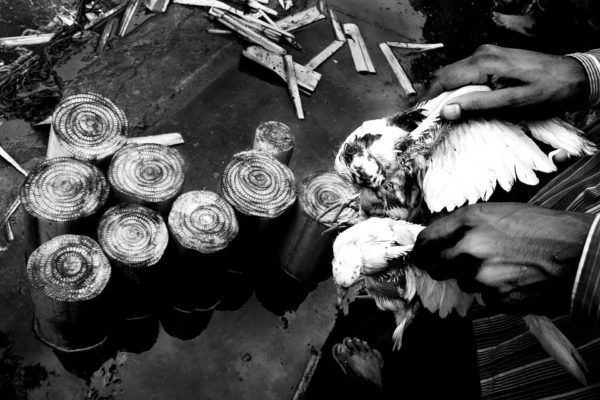 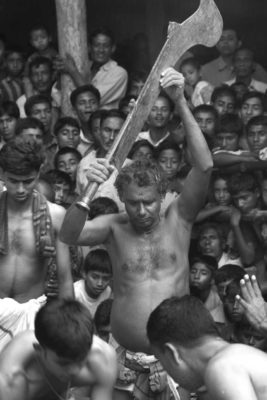 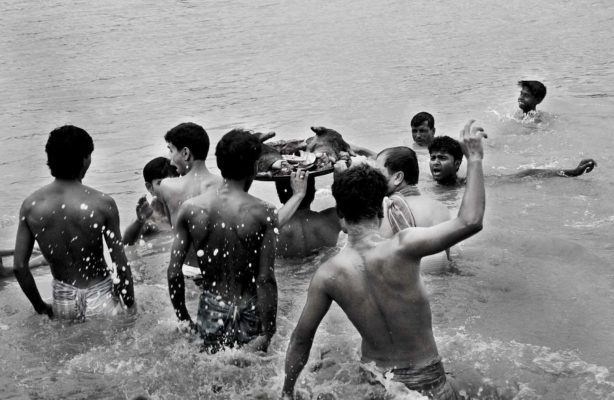 Durga Puja is most splendors festival for Hindu religion. During the day of this festival, there are lots of rites and one of those is animal sacrifice. A devoted follower when asks something from Diva Durga in return they have to give something to her in spite of worship only. In this case, they sacrifice an animal such as a goat, lamp or bull and different kind of birds according to the financial ability or the follower.

Normally ‘ Ostomi and Nobomi’ are the days of sacrifice. From the morning the priest and some other follower’s start preparing the stage, make it holly-by-holly water. Then bath the animals and make serials and start cooping. The numbers of the sacrifice depend on the number of the follower surrounding that temple. After the process started to very soon the soil turns red and slippery situation get wild by the drumbeat and the sound raised by Hindu Woman- Uloo. After boli is done all worshipers celebrate the sacrifice with a joyous moment of playing in the mud together.

Nowadays this ritual is found only in outside Dhaka specially Netrokona because lots of Hindus live there and other reasons are place and alternates. At Dhaka and other Hindu minor areas this sacrifice is made by money in spite of animal and this rite is going to be lost by now.